What is World Youth Day

What is World Youth Day

World Youth Day (WYD) is a worldwide encounter with the Pope celebrated about every three years in a different country. The most recent WYD was celebrated in Panama City, Panamá from January 22-27, 2019 and the next World Youth Day will be held in Lisbon, Portugal in 2023. 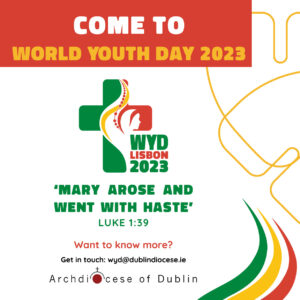 WYD is open to  young people  (16-29 approx.) who want to take part in a festive encounter cantered on Jesus Christ together with their peers. This event is an opportunity to personally experience the universality of the Catholic Church, and to share with the whole world the hope of many young people who are committing their lives to Christ and His Church. World Youth Day is a unique way to deepen your faith and grow closer to Christ, through prayer and the sacraments, together with hundreds of thousands of other young people who share your interests and ambitions.

World Youth Day (WYD) is the gathering of young people from all over the world with the Pope. It is also a pilgrimage, a celebration of youth, an expression of the universal Church and an intense moment of evangelization for the youth world. Although its Catholic identity is clearly evident, WYD opens its doors to everyone, no matter how close to or distant from the Church they are.

It is celebrated at the diocesan level on the weekend of Christ the King, and every two, three or four years as an international gathering in a city chosen by the Pope, with the presence of the Holy Father. It brings together millions of young people to celebrate their faith and sense of belonging to the Church.

Since its first edition in Rome in 1986, World Youth Day has proven to be an encounter of faith, a place of birth for vocations to marriage and consecrated life, and an instrument for the evangelisation and transformation of the Church.

It aims to provide all participants with a universal Church experience, fostering a personal encounter with Jesus Christ. It is a new stimulus to the faith, hope and charity of the entire host country community. With young people as its protagonists, World Youth Day also seeks to promote peace, unity and fraternity among peoples and nations around the world.

Pope John Paul II in 1984, decided to organise a gathering on Palm Sunday, in Rome, to celebrate the Youth Jubilee of the Holy Year of Redemption 1983-1984. Sixty thousand pilgrims were expected, however 250 thousand young people from different countries around the world attended the event.

The experience was so meaningful for the entire Church that the Holy Father decided to repeat the celebration the following year. In this gathering, 300 thousand young pilgrims were distributed among the churches of the city for moments of prayer and catechesis, followed by a full gathering in Saint Peter’s Square to participate in the celebration with the Pope. This same year, 1985, John Paul II wrote an Apostolic Exhortation to the young people of the whole world, and on 20 December, he announced the institution of World Youth Day.

Addressing the College of Cardinals and the Roman Curia, the Pope explained the creation of WYD,

‘All young people must feel accompanied by the Church: that is why the whole Church, in union with the Successor of Peter, feels more committed, at a worldwide level, to the youth of today, their concerns and requests, their openness and hopes, to respond to their aspirations, passing on the certainty that is Christ, the Truth that is Christ, the love that is Christ, through an appropriate development process.’ 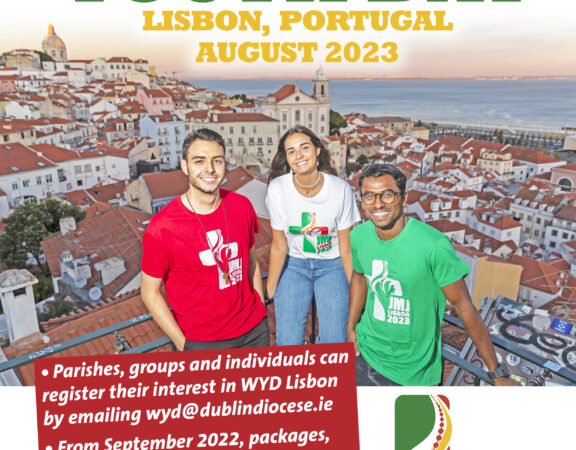